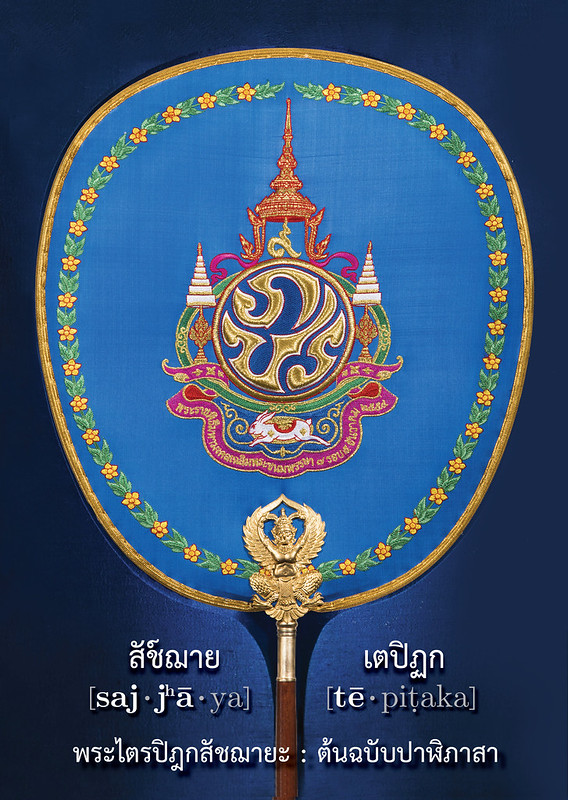 Founded in Bangkok in 1999, The World Tipiṭaka Foundation initially began the project of publishing the complete Pāḷi-language Tipiṭaka of the Great International Council Buddhist Era 2500 (1957) in Roman-script Edition.

Having the 40-volume Roman-script publication completed in 2005, the project has since presented this special set to over 150 leading international institutions. Although the Roman Alphabet is internationally known worldwide, the pronunciation of Pāḷi sound using Roman-script orthography is not necessarily easy, due to the lack of knowledge of Pāḷi Grammar and syllabic segmentation. In 2010, the project began to research the Pāḷi phonetic orthographic writing of the Chulachomklao Tipiṭaka 1893 Edition, printed in Syām Script. This particular edition became a linguistic foundation for the Pāḷi phonetic transcription of the World Tipiṭaka Project due to its clear and unique orthographic writing.

In order to make pronunciation easier to follow, the rules of the Kaccāyana Pāḷi Grammar were referenced to each of the over nine million syllables of the entire Pāḷi text. Utilizing this text, the project has developed several innovative methods to preserve and publish the Pāḷi sound as it is believed to have been recited over 2,500 years ago. With the so-called process of “reversed engineering", the project was able to linguistically and electronically reconstruct the ancient Pāḷi Sound.

Initially a new set of the Pāḷi Phonetic Alphabet was proposed to the Royal Society of Thailand, based on our findings from the Kaccāyana Pāḷi Grammar. Though the phonetics made pronunciation easier when reciting Pāḷi words, those who are unfamiliar with Pāḷi or the usage of phonetical symbols may still have difficulty reciting the text properly. The use of a more international musical symbol was thus employed in order to assist with Pāḷi pronunciation rules and rhythmic emphasis, for example to write the sound of Lahu (quick syllable) and Garu (prolonged syllable).

Working together with specialists in musicology, Pāḷi Notation was created specifically for the purpose of standardizing Lahu and Garu recitation in 2015. The project then collaborated with a professor of voicing to record the Pāḷi sound according to place and manner of oral articulation should be based on the Kaccāyana Pāḷi Grammar. A patented program No. 46390 was created in 2016 to automaticly compile the digital sound recording, based on the new notation using Artificial Intelligence Technology (AI). This digital Pāḷi recitation has been named Saj-jhā-ya Recitation and it is now available on a mobile device application. In addition, over 50 copyrights of innovative printing and electronic typsetting programmes have been registered in 2017.

The World Tipiṭaka Project has both transliterated and transcribed the Tipiṭaka to 18 multiple Tai-Scripts, altogether 80 Volumes, using a Pāḷi World Tipiṭaka Database. As of 2019 the project will be publishing the most complete collection Tipiṭakas in the various Tai-Kadai Linguistic Family of the world.