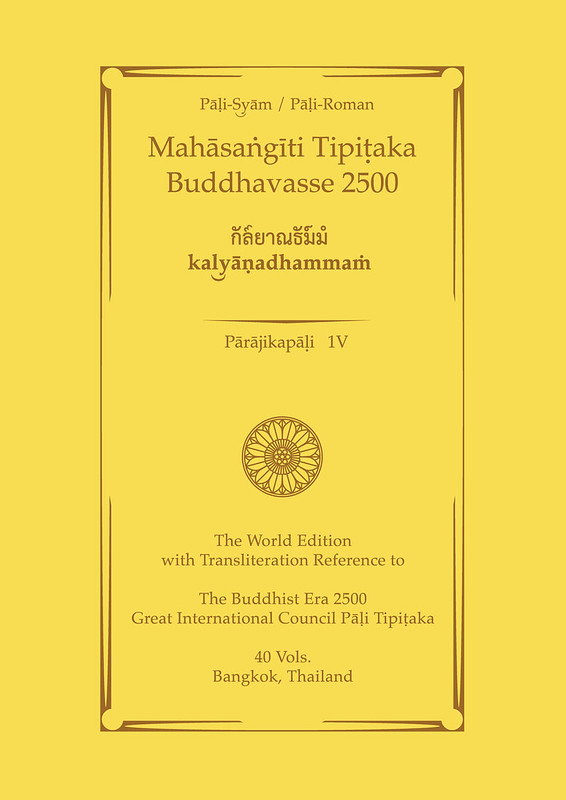 Major Suradhaj Bunnag, my ordainee saddhivihārika, who was ordained as a Buddhist monk under royal patronage, and who is the Chancellor of the M.L. Maniratana Bunnag Dhamma Society Fund under the Patronage of His Holiness the Supreme Patriarch of Thailand, has informed me that he will publish the complete Pāḷi-language Tipiṭaka of the Great International Council Buddhist Era 2500 (1956) in Roman script, for the first time in Thailand. This Pāḷi Tipiṭaka has been meticulously edited by 2,500 Buddhist monks of the highest scholastic repute in the Theravāda tradition from around the world. The Romanised script edition of the Pāḷi Tipiṭaka, comprising 1,000 complete sets each containing 40 volumes, will be presented as gifts of Dhamma to major international institutions all over the world.

As He approached Parinibbāna, the Buddha uttered:

Thailand’s friendly Buddhist countries including Sri Lanka, Myanmar, Cambodia, and Laos which profess Theravāda Buddhasāsana held, during Buddhist Era 2497-2499 (1953-1955), in Yangon, the Great Council of the Buddha’s Teaching. The Buddhist monks who were well-versed in the Pāḷi Tipiṭaka were invited from all over the world to edit and verify the Pāḷi Tipiṭaka.

With the approval of the Ecclesiastical Council under the auspices of the Royal Thai Government, a group of Buddhist monks from Thailand including myself took part in this Great Council. Their Majesties the King and Queen of Thailand made a State Visit to Yangon, Myanmar, in Buddhist Era 2503 (1960), and offered their royal support to the Great International Council along with the Heads of State of other countries. In Their Majesties’ official suite, was included Thanphuying M.L. Maniratana Bunnag, Her Majesty the Queen’s Lady-in-Waiting.

With the completion of the Romanization of the Buddhist Era 2500 Great International Council Pāḷi Tipiṭaka Edition, Thanphuying M.L. Maniratana Bunnag expressed her deepest appreciation and acted as leader in organizing the Romanised edition to be published and propagated all over the world in commemoration on the auspicious 72nd Royal Anniversary Birth of His Majesty the King, the Buddhist Sovereign Monarch of the Thai Nation, in Buddhist Era 2542 (1999).

His Holiness Somdet Phra Ñāṇasaṁvara
The Supreme Patriarch of Thailand 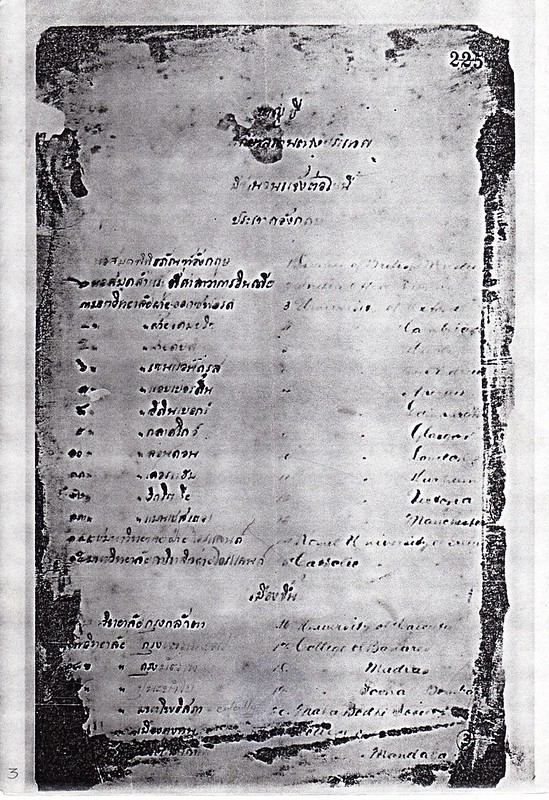