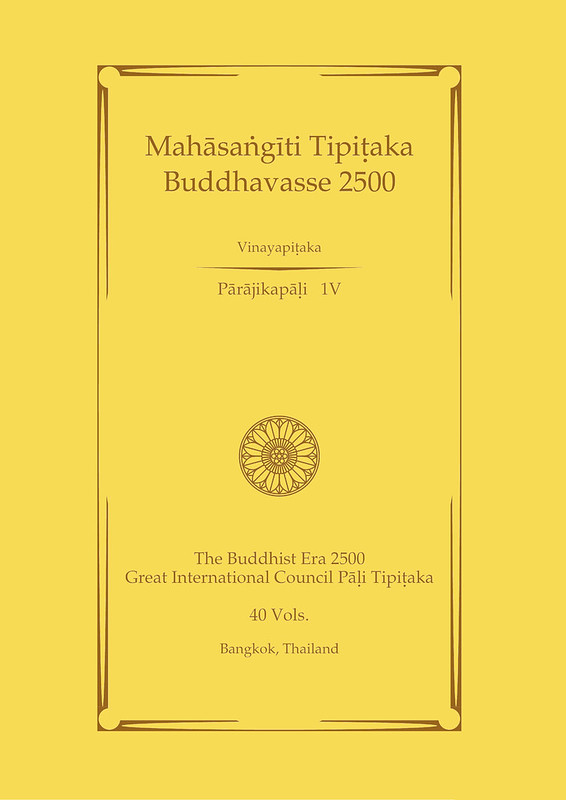 Threefold International Standard As a result of the Dhamma Society’s 12-Year Project, a threefold international standard edition of the Pāḷi Tipiṭaka was published in 2009.

The first standard is a Tipiṭaka Publication Standard of the “The World Tipiṭaka Edition in Roman Script”, utilizing the “open-source code” of a universal system of electronic typesetting and “soft-ware” quality programmes. In addition, it is printed in the Roman script and International Phonetic Alphabet, (IPA), which are recognized universally as the most international characters and ones which can be used to replicate the original Pāḷi sounds.

The second standard results from the creation of an Electronic Tipiṭaka Open Standard of Pāḷi Tipiṭaka Database, which can be universally utilized by the Information Technology available internationally. 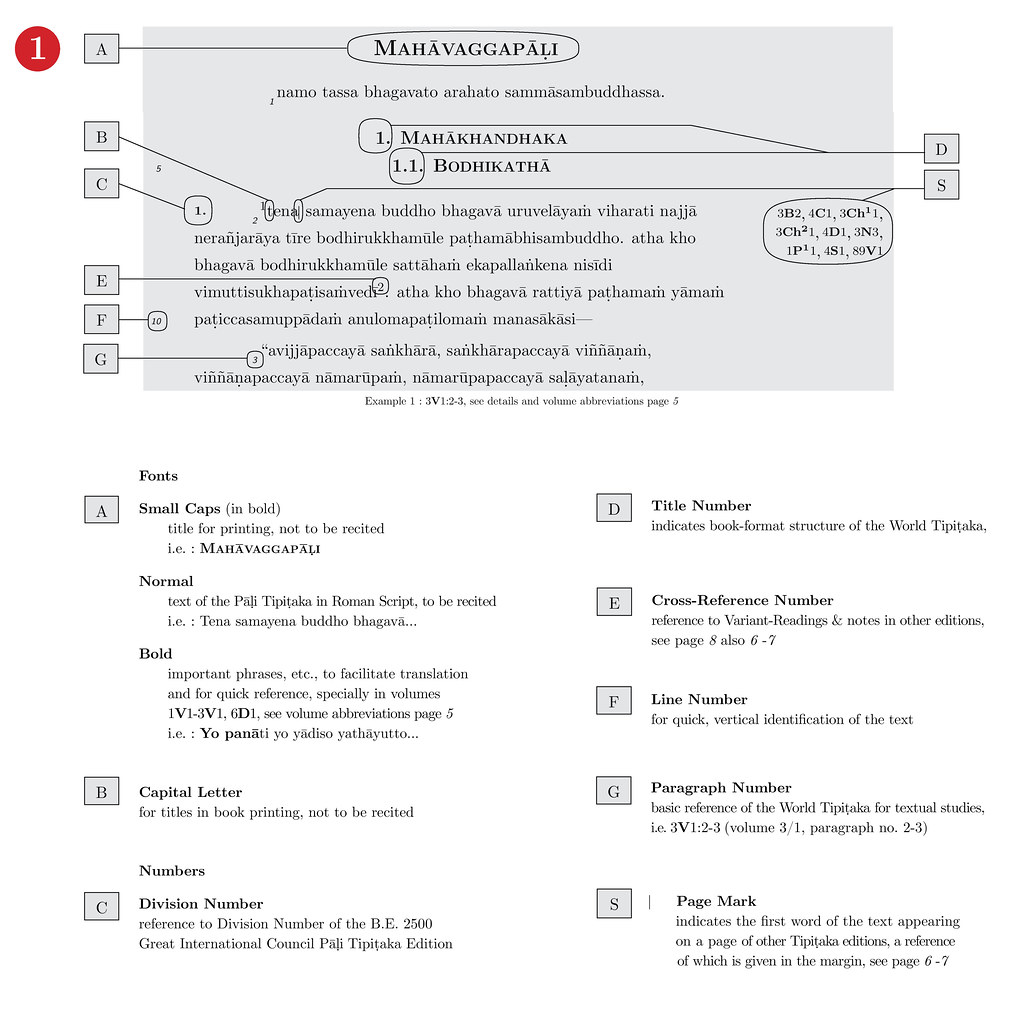 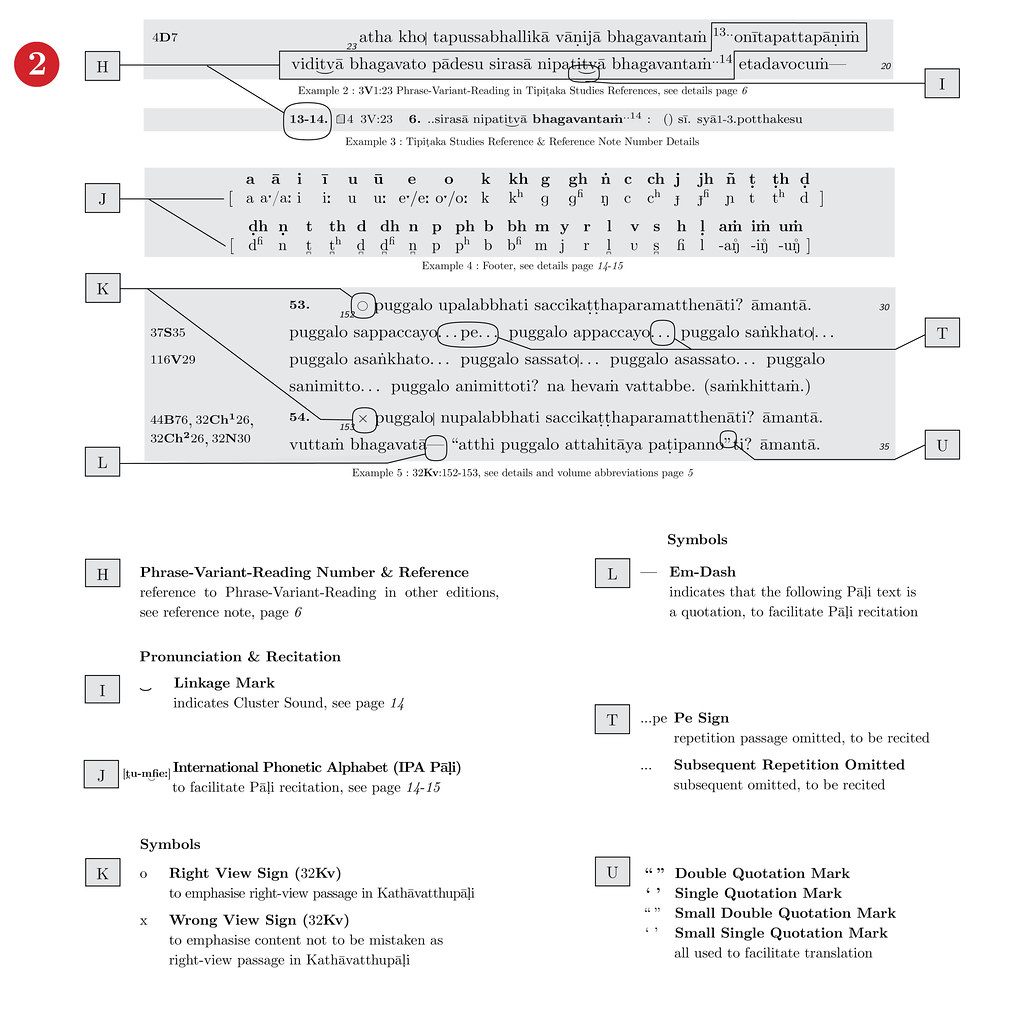 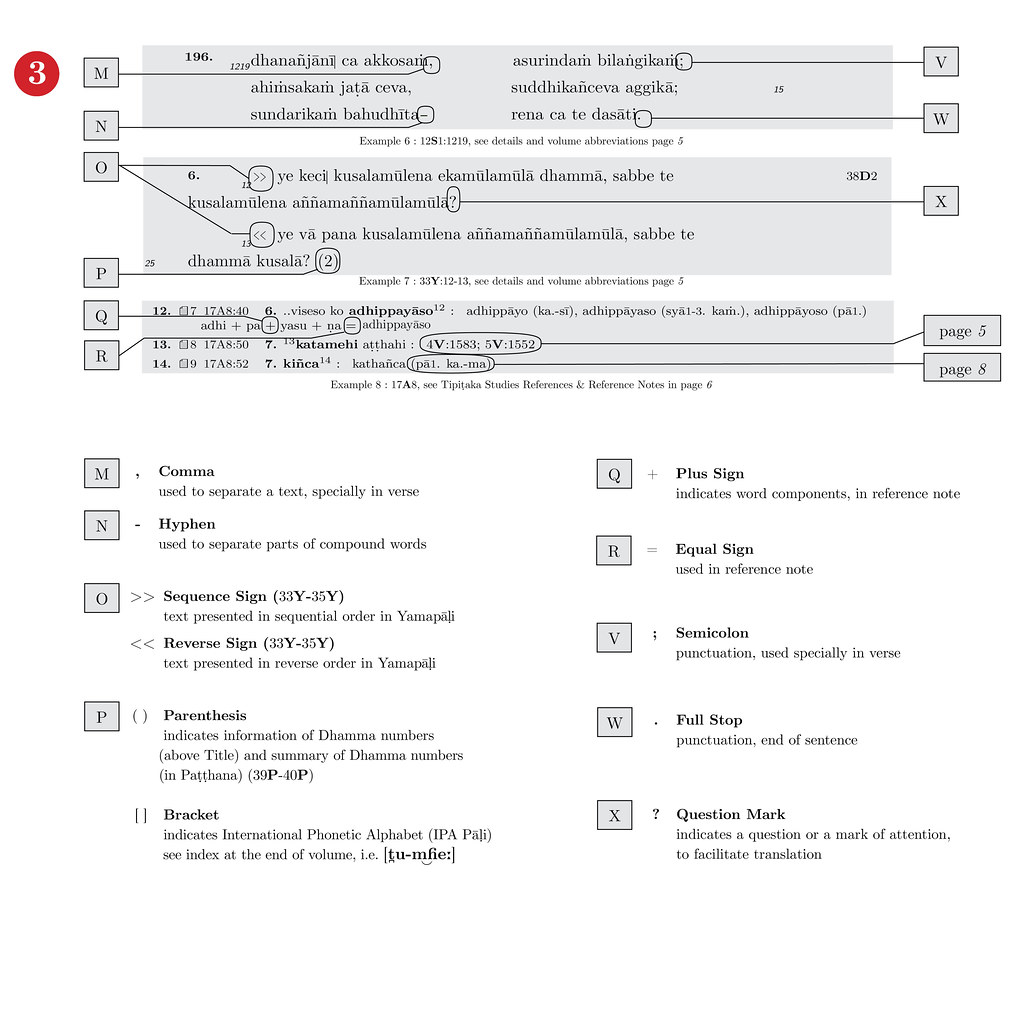 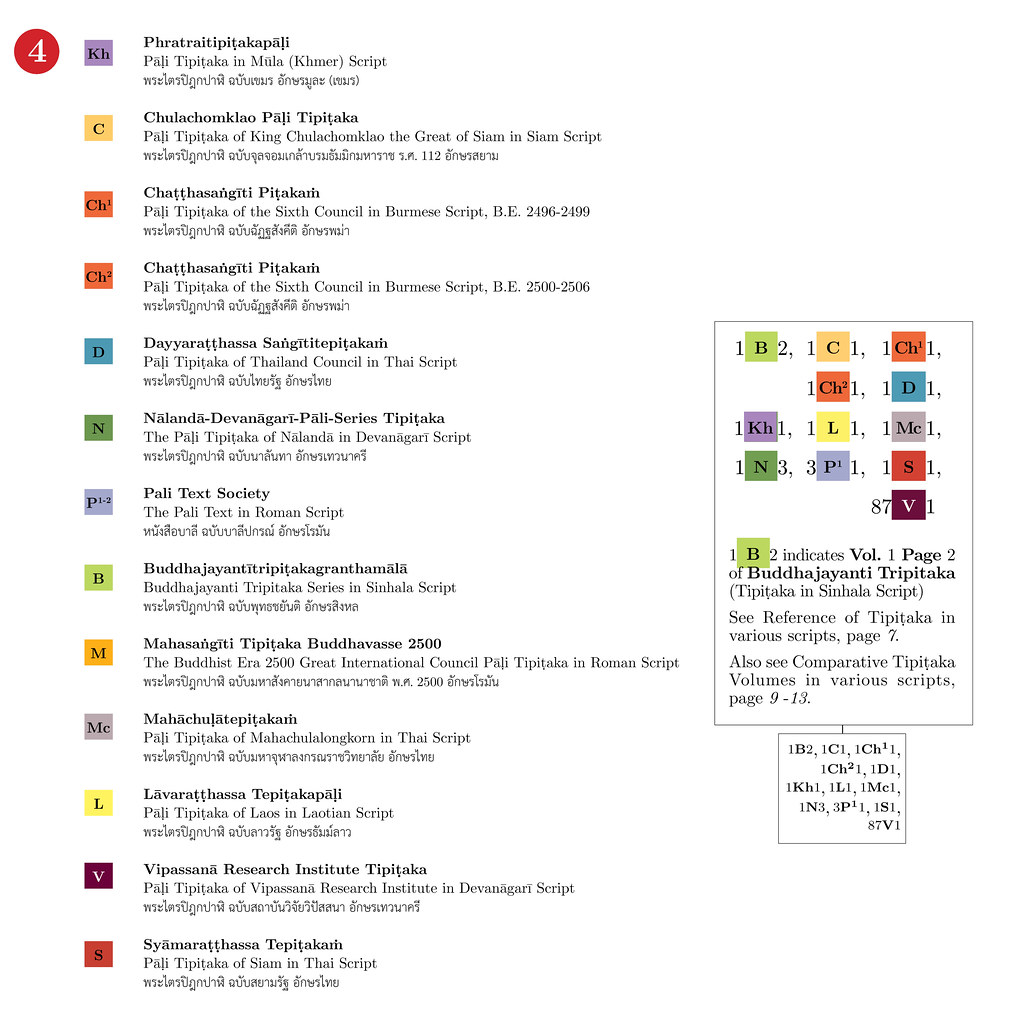 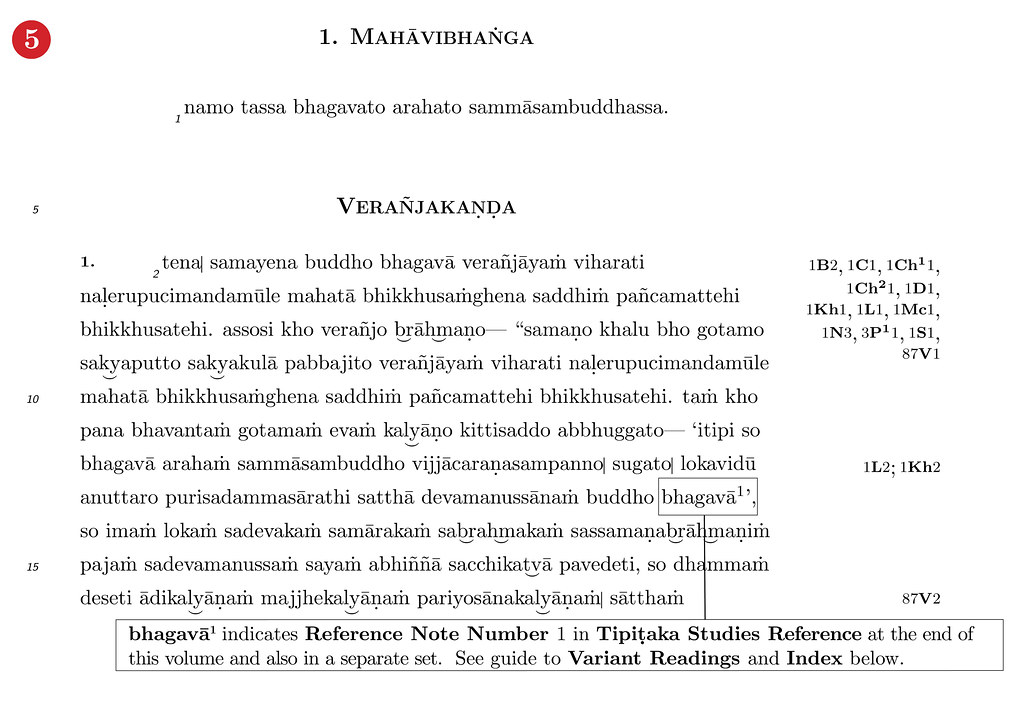 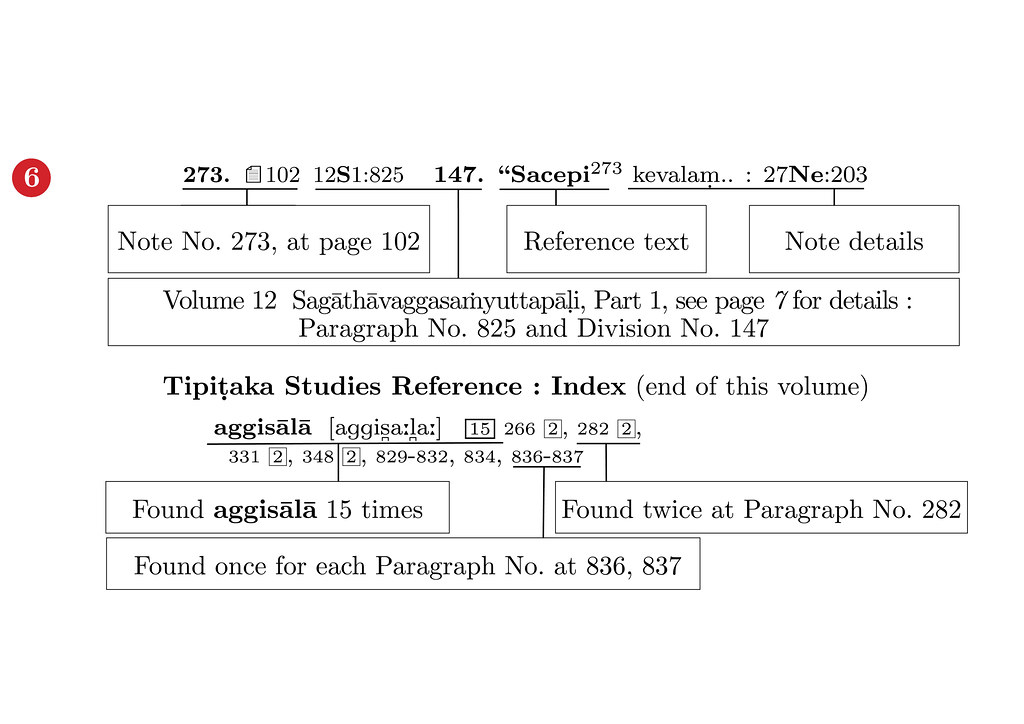 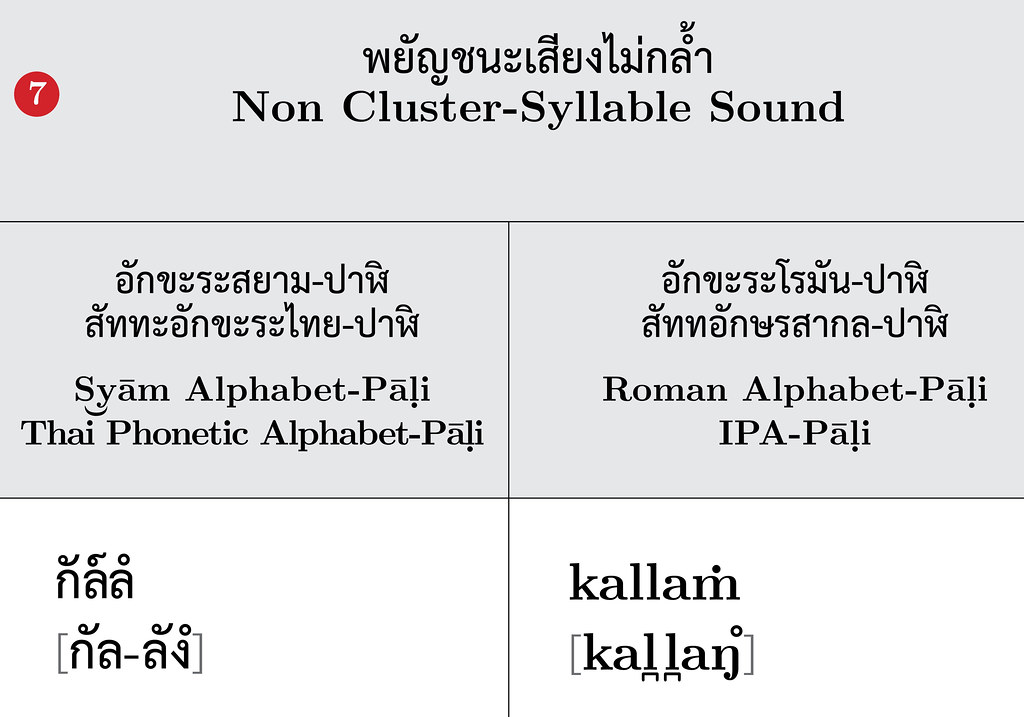 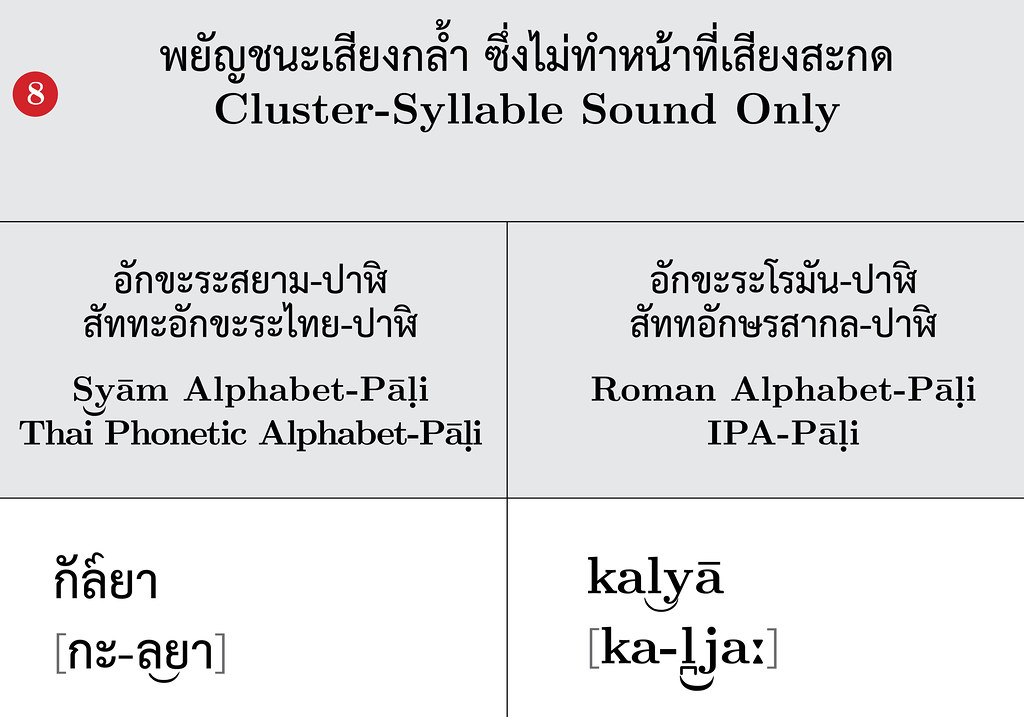 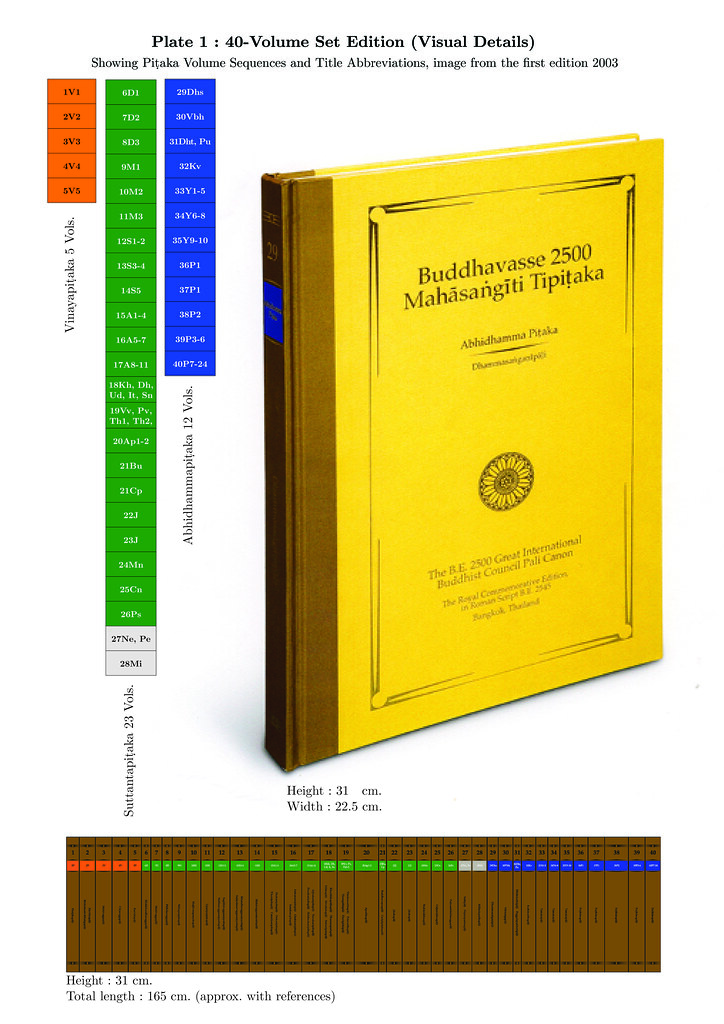 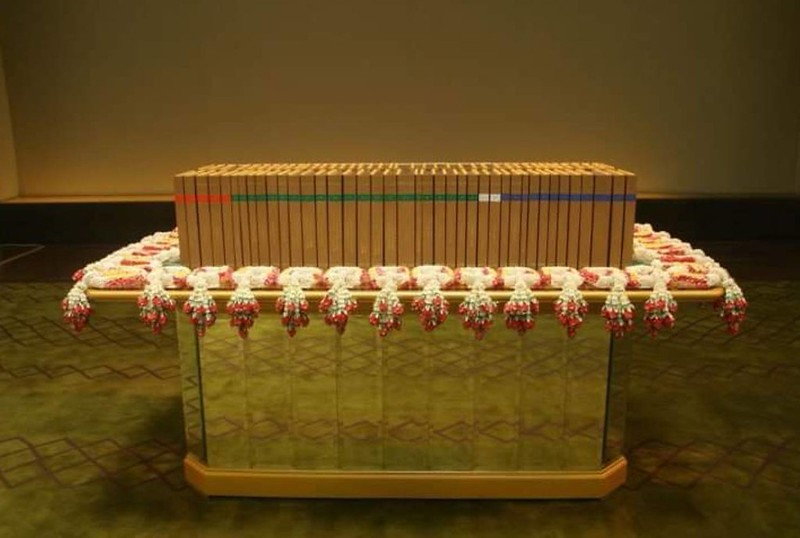 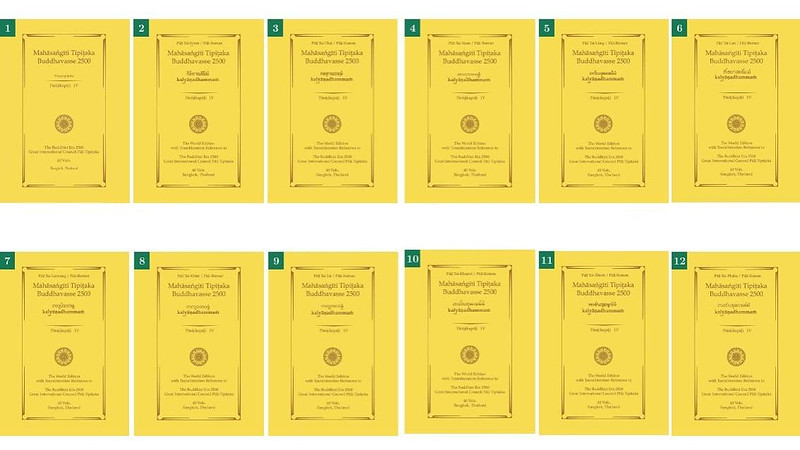