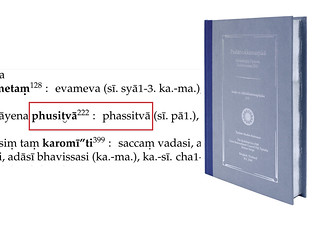 The Dhamma Societyís 40-volume Tipiṭaka Studies Reference was first published in 2007 to provide important references to the 40-volume set of the Pāḷi Tipiṭaka in Roman script which was also published by the Dhamma Society two years earlier. Some of these references, such as footnotes of variants readings and cross-references were compiled during the Great International Council in 1957. This new 40-volume publication, in addition, has proof-read all of these data, edited in a revised format, and is published in different volumes for the first time. Furthermore, a series of new comprehensive index have been created and printed in various format, such as, the 3-piṭaka grouping for easy identification as well as in-depth indexes for scholarly research. A new reference which form the largest collection, totaling 17 volumes, is the Pāḷi corpus or examples, of each Pāḷi word and its context from each book from the entire 40-volume in the Pāḷi Tipiṭaka.

The following is an introductory concept of Tipiṭaka Studies and detailed information of each reference section in the recently published 40-volume collection.

Tipiṭaka Studies in a Digital World

The World Tipiṭaka Project, after six years of work, has now completed the publishing of the International Council Tipiṭaka Edition in Roman Script. It has taken initiative in this regard for it considered that the international scholars who are working in the field of Buddhist studies as well as the practitioners the world over must be provided with a properly edited and printed Pāḷi Tipiṭaka edition. 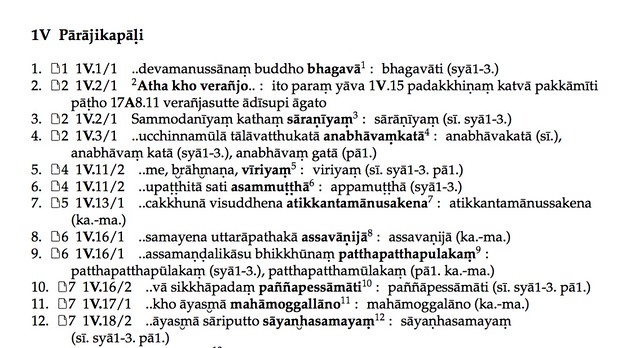 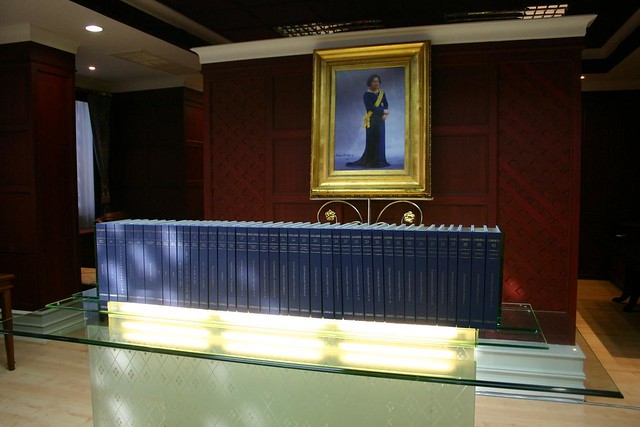