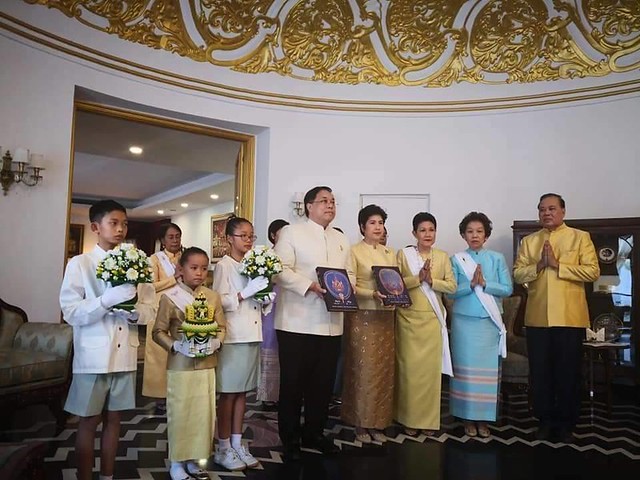 The Pāḷi Tipiṭaka is the complete collection of the Buddha’s words which have been recited, preserved, and handed down from generation to generation for nearly three millennium.

The 80-vol Sajjhāya Phonetic Recitation Edition 2018, published by the World Tipiṭaka Foundation in Thailand, is the first of its kind in the world (Patent No. 46390 : Automatic and Syllabic Segmentation in Digital Printing and Electronic Enunciation). The Pāḷi-transcription manuscript is based on the World Tipiṭaka in Roman-Script 2005 Edition. This edition, also published by the World Tipiṭaka Foundation as the world’s first complete Roman-script edition, includes a page reference to all the world’s major editions, including India’s Davanagari-Script version, published during 1960’s. Hence, the Sajjhāya Phonetic Recitation 2018 Edition is a culmination of over 50 years of international efforts to preserve the words of the Buddha, a major contribution from both Indo-Thai Linguistic Culture to the Wisdom Tipiṭaka Heritage of Humanity.

Furthermore, this latest edition has been transcribed and published for the first time in phonetic symbols; namely, the Pāḷi Phonetic Alphabet and the Pāḷi Musical Notation. This innovation in linguistic and sound technologies has made it possible to record the recitation of the Pāḷi texts in digital technology and artificial intelligence (A.I.). This Digital Sajjhāya Recitation amounts to 3,052 hours and 1.6 terabytes.

A notable feature of the Digital Sajjhāya Recitation is the sound technology reference, which can electronically refer to any one of over nine million Pāḷi syllables in the Tipiṭaka to Kaccāyana Pāḷi Grammar, the oldest Pāḷi Grammar in Pāḷi literature which is part of Indo-European languages. This new edition is, therefore, the multidisciplinary fruit of both arts and sciences used to reconstruct the authentic Pāḷi recitation of the Tipiṭaka based on the criteria of the Kaccāyana Pāḷi Grammar.

It is hoped that the innovative breakthrough to revive the ancient pronunciation of the Pāḷi Tipiṭaka in its authenticity, will open a new approach for future Tipiṭaka studies in the modern technology of sound and bio-quantum science, especially in the areas of scientific meditation, therapeutic health, and human well-being.

The presentation of Sajjhāya Phonetic Recitation 2018 Edition to the Republic of India as a dhamma gift from the Kingdom of Thailand will herald a new era of sharing of ancient wisdom heritages between the two countries as well as the innovative Tipiṭaka studies in digital technology for the future. 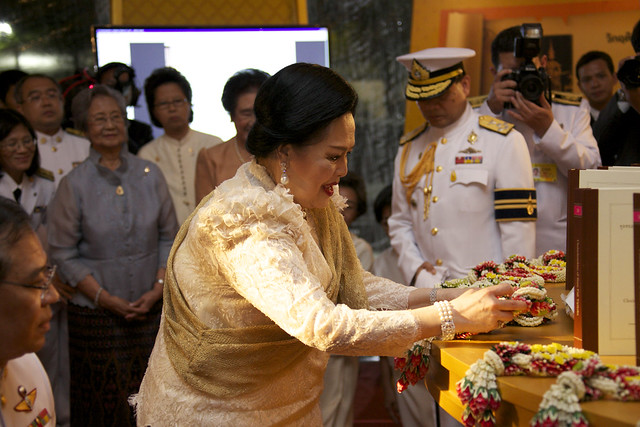