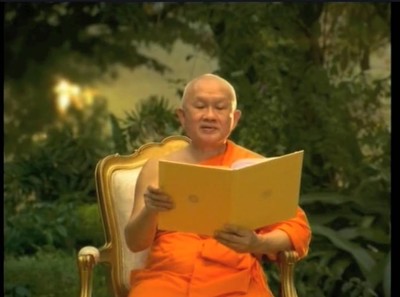 ... Now, the M.L. Maniratana Bunnag Dhamma Society Fund under the patronage of His Holiness Somdet Phra Ñāṇasaṁvara the Supreme Patriarch of Thailand is about to publish in Roman script the Chaṭṭhasaṁgīti Pāḷi Tipiṭaka, the version that has been revised and edited by international monks of the Theravāda Buddhist tradition. The Pāḷi Tipiṭaka is thus made accessible to the international community.

With patience, determination and carefully laid-out procedures, there is a report that the working committee has discovered the Chaṭṭhasaṁgīti Pāḷi Tipiṭaka that was printed at different times and has distinguished between the first edition and an edited version that was printed. Moreover, portions of later printed versions have been noted for what they truly are. The committee has worked hard to get the version that is most accurate. This has then been rechecked against the Pāḷi Tipiṭaka written in various scripts from several countries. It seems that the goal of the Chaṭṭhasaṁgīti has finally been realized...

... It is hoped that the World Tipiṭaka Edition, the Buddhist Era 2500 Great International Council Pāḷi Tipiṭaka, published by the M.L. Maniratana Bunnag Dhamma Society Fund under the patronage of His Holiness Somdet Phra Ñāṇasaṁvara the Supreme Patriarch, in honour of Their Majesties the King and Queen of Thailand, to be presented as a Gift of Dhamma worldwide, will serve as a bearer of the Buddha’s teachings that travels great distances. This messenger has the mission to deliver the Teacher’s words, which are beautiful at the beginning, beautiful in the middle and beautiful at the end, as uttered by the Buddha when He directed the first group of disciples to proclaim His message for the benefit of all mankind.